The Big “B” of Leadership

People follow leaders who believe Big! No one wants to join the team of a leader who does not have faith in the cause or has lost sight of the God who issued the calling. Doubt will infuse your team with insecurities and will cause alternative agendas to begin to divide your focus. 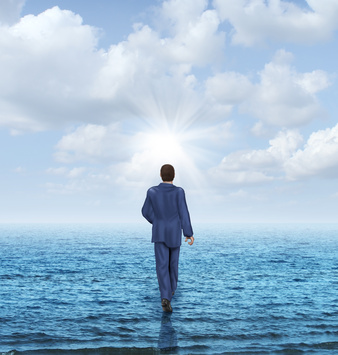 If you are a leader, to be effective you must lead with belief. That does not mean you cannot have doubts or second thoughts, but you must have a core set of beliefs that drive your leadership of others.

Typically people will join your team or cause because they see a fire in your eyes. You believe in the cause and you believe so passionately that it is contagious and others want to be a part of this important task.

Years ago I saw this flesh out in the local church where I serve as Pastor. Our leadership, years before, had determined that God was leading us to build an entirely new and expansive campus for our ministries. From the beginning I shared this belief and led the way with our people.

I spoke often about how God was going to use us to achieve this great project. I cast vision, painting a picture of the impact we would have on our city as we sacrificed to build and expand. People followed, giving of their time and money as we purchased land and developed plans to build. I believed so strongly that we were going to succeed and was convinced God would provide.

But then we went through a few years where our project was stalled. Until we found a buyer for our old facility we could not move forward financially. It was a test of faith and I began to have doubts.

I did not doubt the rightness of the cause. I was still convinced that God had inspired the project. But I started to doubt that it would be accomplished. I got my eyes off God and onto the sluggish progress of our process.

I started to let that doubt leak out in small, but significant ways. In committee meetings, years before I would say things like, “God is going to come through in his time and we are going to build this complex and many people are going to have their lives impacted.” But now I started to say things like, “If things work out we will build this building. If God comes through, we will have success.”

My subtle doubts impacted our team members. Problems seemed more overwhelming and motivation a bit less powerful. It became easier to feel insecure before challenging circumstances and that had the potential to paralyze the process.

One day, I was meeting with two of my top lay leaders. I was frustrated and asked them what they needed from me most as a leader. One of those men looked me square in the eye and said, “Pastor, we need you to believe.” Hearing these words hit me hard and helped me self-correct my leadership posture.

A couple of years later our project would pick up and we were moving forward, but then a huge challenged threatened the work again. Team members were anxious, even struggling with a measure of doubts. The truth is, I was nervous too, but then I remembered that as the leader I needed to believe.

So that is what I did. I remembered the rightness of our cause, the history of how God had already been providing for us, and I led with faith. I would say things like, “God is not dead. He did not lead us this far only to let us stall out in the middle of the task. Let’s believe and move forward.”

By no means was my belief the sole reason our project went forward. Many people were involved. But I know that without my decision to believe, paralysis would have been given power to hinder our efforts, divide our focus, and discourage the many people who were sacrificing to expand our ministries.

It is the same with your leadership. Whether you are leading your kids, your spouse, a church ministry, or an organization in the marketplace the people who follow you are looking for you to believe. When you believe, they feel safer and exhibit more boldness in accomplishing their tasks.

I encourage you to believe in God’s plan and power in the arenas of life where you apply leadership. Lead with passion and faith.

Question: Can you name leaders in history or in your life that have inspired you with their belief? Share them with us. You can leave a comment by clicking here.

2 responses to The Big “B” of Leadership