Stop Beating Yourself Up!

Often times we are the last ones willing to forgive ourselves for sins of the past.  So often I see people beat themselves up for years, even decades, for yesterday’s failures.  But it doesn’t have to be that way.  Jesus made it possible for you to be free. 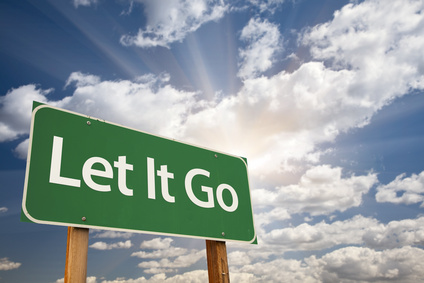 I don’t know what it is for you…

*A friend you hurt

*An opportunity you did not take

*A marriage that failed

*Time you didn’t spend with your kids

*An addiction you allowed to consume you

Maybe you have asked God for forgiveness and you even believe he has forgiven you, but you still beat yourself up over and over again for the failure.  You may have even said to yourself, I know God has forgiven me, but I just can’t forgive myself.

But is that even possible?  How can you accept God’s forgiveness and not forgive yourself?

The forgiveness God has granted us was costly.  Jesus shed his blood and died a sinner’s death to satisfy justice and make pardon possible for you.

To say God has forgiven me, but I cannot forgive myself, is to say I really have not fully accepted the forgiveness of God.  How can anyone look at Christ crucified and then not allow the full impact of that divine act to have its’ ultimate effect in your life?

Instead, I look at what Jesus did…”died for sins once for all”…and I am compelled to say, Jesus paid it all. (1 Peter 3:18)  He took the full punishment for my transgression.  And so, there is no more spiritual penalty to be levied.  I am free!

Which means God does not hold that sin against me any longer.  The Bible says, “therefore, there is now no condemnation for those who are in Christ Jesus.” (Romans 8:1)

Did you get that?  No condemnation.  Jesus was condemned on the cross, so that your sins would be paid in full.  In Christ your guilt is removed.  REMOVED!

So stop beating yourself up!  Accept the grace of God.

Some of you even beat yourself up for sins that were committed against you.  You think like it was your fault, when it was not.

Some examples of this are…

*A person who was sexually molested

*A child whose parents divorced

*A person whose spouse cheated

Sometimes we have been abused or disappointed and we beat ourselves up for allowing it to happen.   Or we feel it was our fault, when it was not.  Or we believe that if we just did things differently, it would not have happened.  But that does not serve us well.  We need to forgive others, yes.  But we must forgive ourselves, knowing that Christ has made such forgiveness possible and freeing in our lives.

I know what some of you are saying, “Greg, you don’t know what I have done.”  Maybe so, but one thing I do know.  Jesus died for your sin, all of it.  And if you accept the mercy of Jesus, you must forgive yourself in response to his forgiveness.

So, today, “Let it go!”  Declare that this is the day where beating yourself up over the past comes to an end.  Determine to let the full impact of Christ’s sacrifice on the cross set you free from self torment.

Question:  How has Christ set you free by the power of forgiveness?  Encourage others by leaving a comment.  You can leave a comment by clicking here.

6 responses to Stop Beating Yourself Up!