The Need for Real Men

Our culture and our churches desperately need robust examples of manhood.  Perhaps our present society’s greatest deficit is in the area of strong and godly men.  Because of this, families crumble, women suffer, and children struggle throughout their lives. 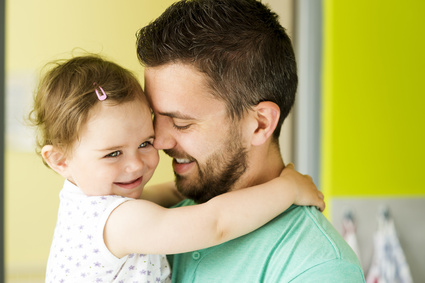 The world is crying out for an army of real men to rise up to love their wives, rear their children, stand for Christ, and show the way.

By real men, I do not refer to the macho man of action films or the lusty player that seduces the ladies.  By real men, I speak of men who love God, have submitted their character to the Lordship of Christ, and who take responsibility for themselves and those God has entrusted to their care.  I refer to men of principle and commitment, men who follow through with their vows even when life gets hard.

As a Christian leader I am struck by how many men, particularly young men, do not know what a real man looks like.

But the truth is our culture does not give men very definitive answers.  It used to, but it no longer does.

Where will a man receive his vision for manhood?

Will he find it in the community?  Probably not.  There are no rites of passage offered every boy in our culture, no distinctive initiation.  This needs to change.

Will he find it in the family?  Maybe, but many do not.  We live in a day where for a few generations fathers have been rather absent in family life, at least in a staggering number of families.  There is something a boy marching to manhood needs from his father.  He needs validation.  He needs blessing.  But few receive this.

Will he find it in church?  He should, but once again many do not.  For the most part the church has done little to help a man know what it is to be a man.  We have not been deliberate in addressing the spiritual role of men.  Take a look at many churches and you see that women outnumber the men.  Often the image we portray in the church is that spirituality is predominantly a female pursuit.  This is sad.  After all, the Bible is overflowing with stories of men, real men, surrendering their lives to the Almighty God.

Where can a man go to capture a vision of manhood?  I believe we must look to Scripture!  The revelation of God.

The Bible is clear…

“Where there is no revelation, the people cast off restraint.” Proverbs 29:18a

*Men commit 91 percent of the offenses against the family.

Robert Lewis in his book, Raising A Modern Day Knight, points out that the Bible compares Adam and Jesus Christ as displaying two very different kinds of masculinity.

Adam represents man whose life is “separated from God.”  His selfishness and sin created the rift.

But Jesus Christ represents man “in union with God.”  A life based on faith.

Consider these Principles of Manhood:

Lewis points out what a real man looks like…Men of godly action, responsibility, courage, and a willingness to go the hard way to win the greater reward.

Men, let’s rise to that level of manhood and encourage and equip others to do the same.

Question:  What are other characteristic of a real man, a godly man?  You can leave a comment by clicking here.

6 responses to The Need for Real Men