The Most Important Way To Stand for Marriage 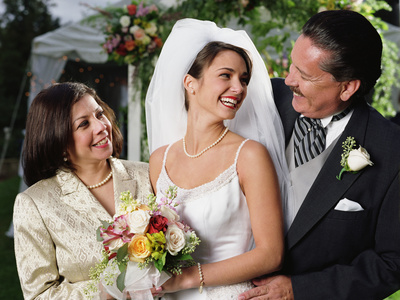 Parenting to Prepare for Marriage

By the end of month the Supreme Court is expected to make a ruling concerning the very definition of marriage in our country.  The implications of their decision could have colossal impact on the moral climate of our culture and has the potential of putting the Bible believing church in a very uncomfortable posture in the years to come.

That has started me thinking.  What can we do to make a stand for biblical marriage?  Of course there are legal and political stands that believers can take.  That is all well and good.  In fact it is important.

But there is a much more important way to stand for marriage and I was reminded of it at a wedding rehearsal dinner just a few days ago.

So what is the most important way to stand for marriage?

Parent your children in preparation for marriage!

The other night I was conducting a wedding rehearsal for a couple.  I have known the bride and her parents for almost 18 years.  I witnessed this young woman grow up and have watched her Mom and Dad parent her in preparation for marriage.

The bride was so readied for marriage and the groom was likewise.  They both are Christ-centered and have a vision for their relationship that drives them to live a godly commitment toward each other and the Lord.

At the rehearsal dinner the father of the bride spoke to those gathered.  He expressed his love for his family and his great affection for the daughter he would give away.  But he also gave the couple a charge.  He challenged them to live out a greater vision of marriage that would ensure their love could last, a next generation could emerge, and in a great way the world would be changed.

So I challenge you, if you are a parent, to take a stand for marriage by parenting your children in preparation for marriage.

Question:  What are ways you have found to prepare young men and women for successful Christian marriages?  You can leave a comment by clicking here.

Be the first to start the conversation.