I Changed My Mind About A Minute Of Silence

Yesterday in church I led my congregation in a minute of silence in memory of all those men and women who died in military service to our country.  Often I have thought that pausing in silence to remember a fallen individual was a rather lame way to show respect.  After all shouldn’t we do so much more?  But I have changed my mind. 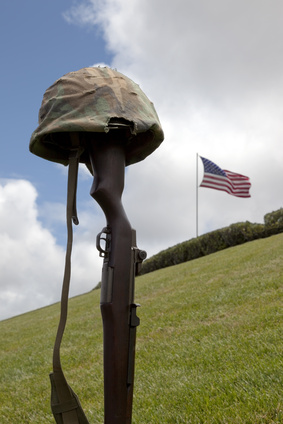 Those men and women actually fought for us and then they were shot or wounded in some way that caused them to breathe their last.  For some it all came in an instant…a blast and then eternity.  For others the wound was such that their death came slow.  They were able to think about what they were losing and why.

These men and women were giving up years of their lives on those battlefields.  They would never again hold spouses, play with their children, walk their daughters down the aisle, and so much more.  They did that for you and they did that for me.

I thought about all of that in that brief minute in church.  That is when I changed my mind.  Pausing for a minute of silence was powerful.  Very powerful.  I really did remember, gratefully remember.

So today, would you do just that?  Stop, even if for only a minute and think about what was done for you.  Really think about it.  Don’t just think about the hundreds of thousands of soldiers over the centuries.  Think about that one soldier and what he or she surrendered fighting for you and your way of life.  Think about how personal it was for them.

And then pause again, for another minute and remember what our Lord Jesus Christ did for us on the cross that day.  Soldiers died that we might have an American way of life.  Jesus died so that we might have life eternal, the Heavenly life.

Question:  Do you know someone who gave their life for our country?  Tell us their name and something about them.  Let us remember them together.  You can leave a comment by clicking here.