Five Things My Dad Gave Me

This week my wife and youngest son visited my dad who is suffering from cancer.  Because of the nature and stage of his disease we know that his time is limited.  These moments we spend make me think of the things he has given me throughout his life. 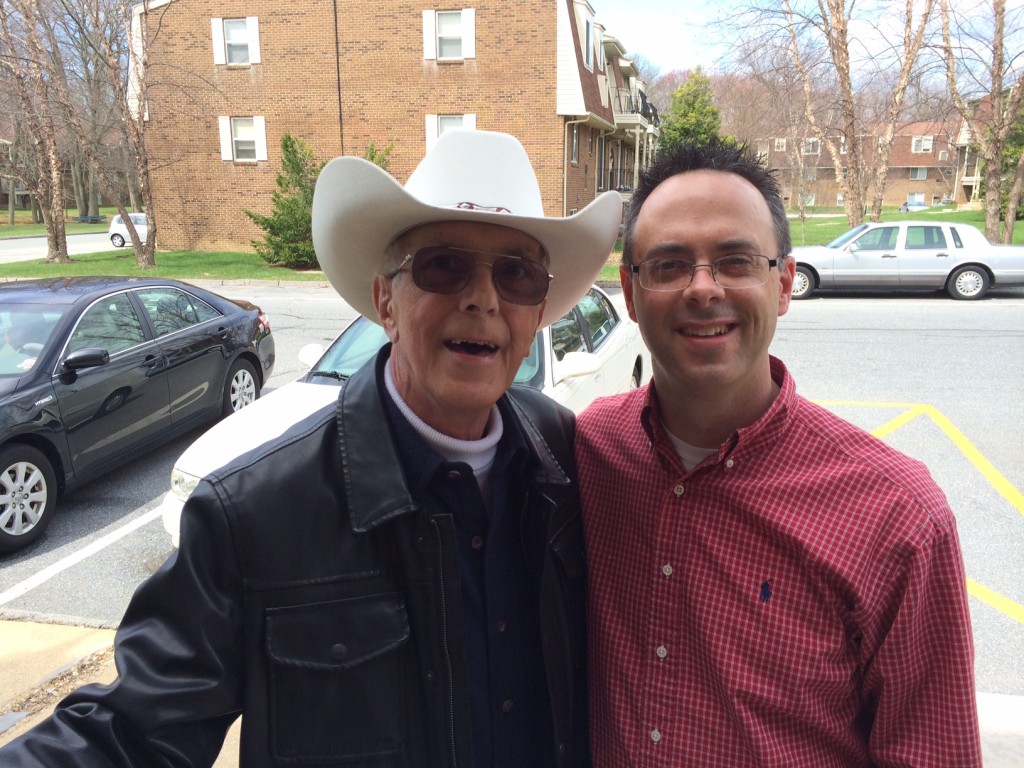 Gifts From A Father

I am grateful for these things, things you look for a dad to give.

2. The support I needed in beginning my journey in life.  It was true that my dad was a workaholic.  That is one trait I adopted as well.  It doesn’t always work for you (certainly hasn’t always worked for me).  It is true that dad’s workaholic tendency caused me some loss.  But there is a flip side to this that also shouldn’t be ignored.

He provided.  He worked hard, but he made a good living for me when I was young.  We had a nice safe home, never lacked a meal, had the things we needed, and a few special extras.  He supported me as best as he was able when I went through college.  He helped me get a good start.

Sometimes dads can get a bad rap for over working and neglecting the family.  And to be sure, that can be a real issue.  You need to be with your family and kids.  But in emphasizing this point, let’s not bash the dad that is earning the bucks to better his family and children’s future.

3. Approval along the way.  I guess I have always hungered for his approval.  A lot of people hunger for such fatherly approval and don’t receive it.  I did receive it and I am thankful.  Throughout my childhood, and now for nearly 30 years of adulthood, he has listened to me and expressed his pride whenever I would call him up and tell of my latest achievements.  I have received my father’s approval and I am unmistakably grateful.

4. A clear sense when he expected me to be a man.  I’ll never forget it.  I was in my sophomore year of college, engaged to my wife, eager to get married and be an adult.  He told me that he was committed to help me financially, as best he could.  He said he would give me support until I graduated from college or I got married, whichever came first.  Then he said I must finish college in four years.  He made it crystal clear that by the age of 22, or earlier if I chose to get married before, he considered me a man.  And being a man he expected me to support myself.  That clarity gave me a deep sense of personal responsibility.  I knew when I was expected to be my own man and stand on my own feet.  Many parents today do a poor job of setting up this expectation of responsibility and their children fail to know when they are adults.  I didn’t have that confusion because my dad clearly told me when I must be a man.

5. An example of how to face death with courage.  With his cancer, my dad is not expected to have much time.  I have watched him these last two years physically suffer horrific pain.  But at the same time I have watched him live life with gratitude and grace.  He has set a standard for me.  If I someday can see my death approaching, I will have my dad’s example in the front of my mind.  I will want to have his same positive outlook and courage.

Don’t get me wrong.  My dad isn’t perfect.  I guess I could even make a list of things that have disappointed me over the years.  But I don’t care about any of that.  I see what he gave me and I am grateful.  Absolutely grateful.

Question:  Is there something that someone you love has given to you for which you are grateful?  You can leave a comment by clicking here.

16 responses to Five Things My Dad Gave Me